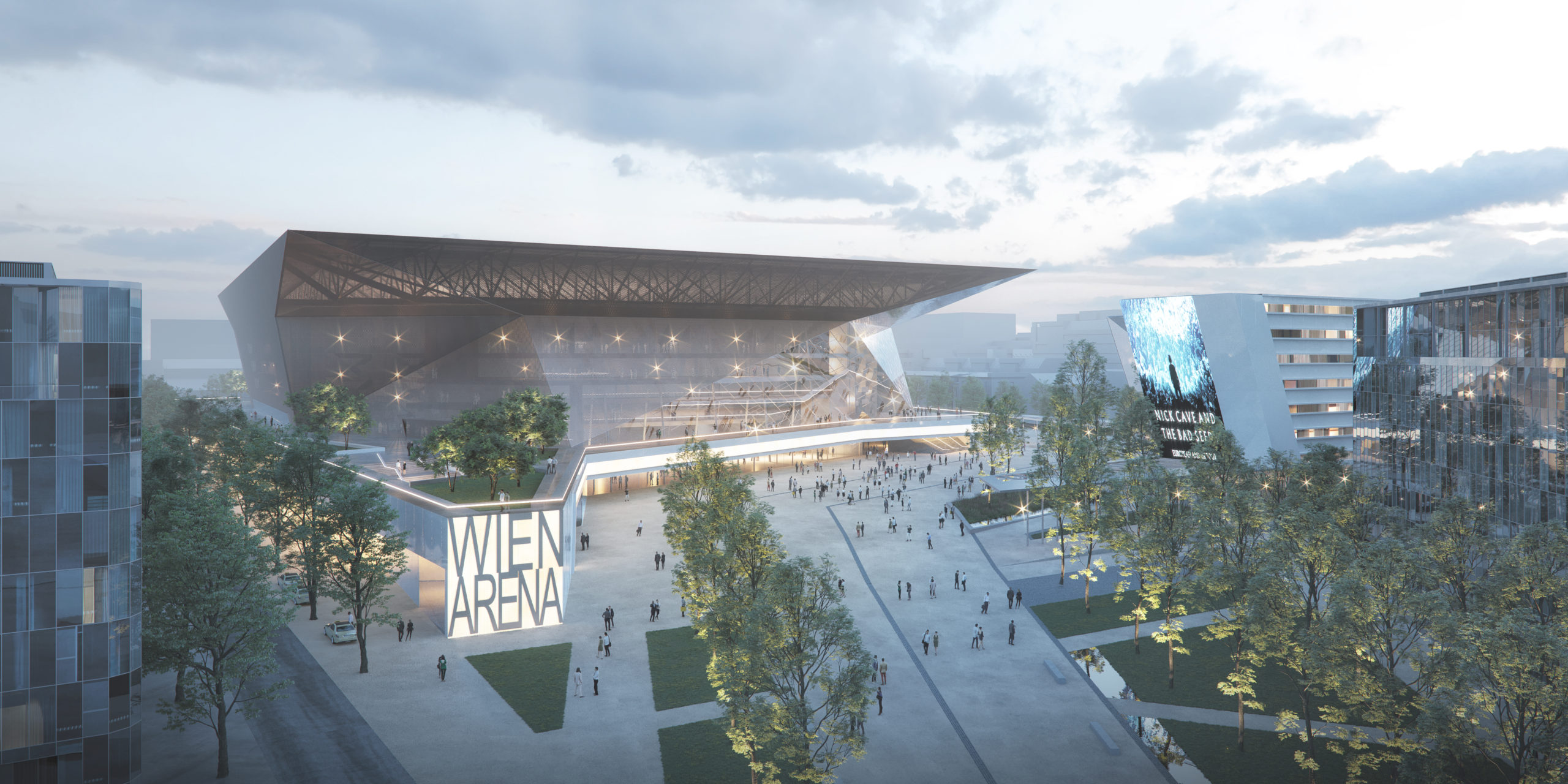 2nd place! Berger+Parkkinen Architects take 2nd rank with their design in the competition for the Wien Holding Arena in Neu Marx, Vienna.

The design concept for the Wien Arena combines two seemingly contradictory goals - to create a landmark with supra-regional appeal, which at the same time does not look like an alien in the neighborhood, but develops a special urban quality.

The new hall receives its effect not only from its volume, but above all from its openings. The widely projecting roof defines the claim to be an open and approachable building and offers shelter and shade on the outside. The incisions and cutbacks on the building establish precise references to the site and the surroundings.

The wide deck of the roof forms four edges that draw a distinctive figure into the urban space. The roof platform appears to be in a kind of suspended state and is clearly visible from every perspective. Above the four cantilevered corners stretches a horizon that is instantly recognizable both from the urban highway and from the pedestrian perspective of the visitor. In their formal radicalness, the edges make reference to the surrounding area as well as the shape of the slaughterhouse in St. Marx.

Despite being clearly coded as a venue, the form stands out from currently common large hall typologies, and creates its own brand.

The function of the roof as a solar power plant in the city gives the structure a special significance in terms of the environment and for the benefit of the general public.

Info about the competition and the awarded projects here. 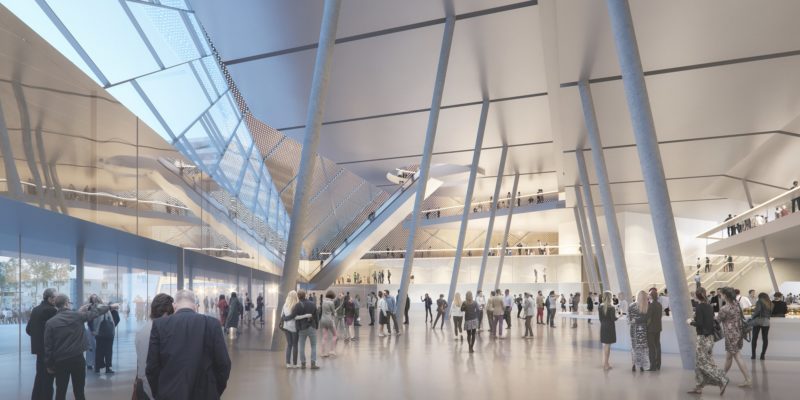 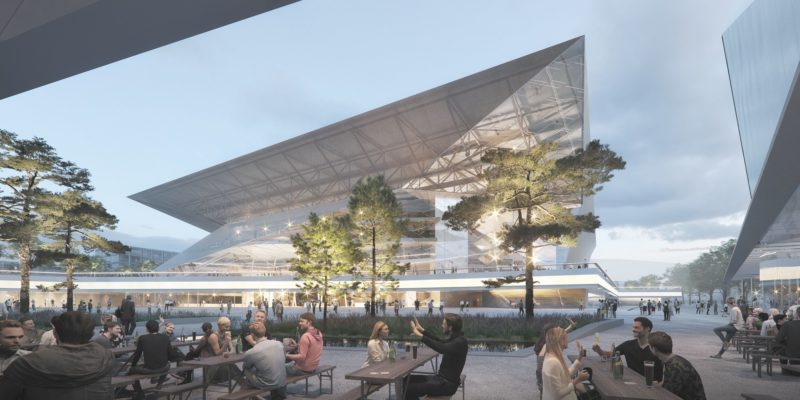